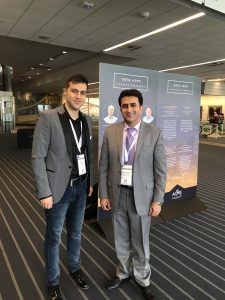 “Body-freedom flutter characteristics of flying wing aircraft vary with engine placement. Here, we show why a certain design parameter (engine placement) influences the aeroelastic flight envelope of the aircraft. The approach is based on the constructal law and the principle that a design that avoids stress strangulations provides better access to the flows that inhabit the system. This is in sharp contrast with trial-and-error techniques such as optimization, which means to opt from among different choices, cases, and designs. Under the same flight condition, the flow of stresses through the aircraft wings is investigated for several configurations including those with maximum and minimum flutter speed.

The results reveal that when the stresses flow smoothly in the wings the stability of the aircraft improves. On the other hand, in the cases in which the engine location causes stress strangulation, the flutter speed decreases considerably. The most severe stress strangulation corresponds to the aircraft configuration with minimum flutter speed (i.e., engine placement at 20% span behind the reference line. The smoothest flow of stresses happens in the configuration with maximum flutter speed (i.e., engine placement at 80% span forward of the reference line).”

The FSI team has coupled some of the state-of-the-art numerical analysis tools such as: Gmsh, VABS (Variational Asymptotic Beam Sectional Analysis), and NATASHA (Nonlinear Aeroelastic Trim And Stability of HALE Aircraft) to create a computationally efficient pipeline to evaluate different designs. Thus far, this research has resulted in a journal article that was published in AIAA Journal and also two presentations at ASME IMECE 2018 Conference.