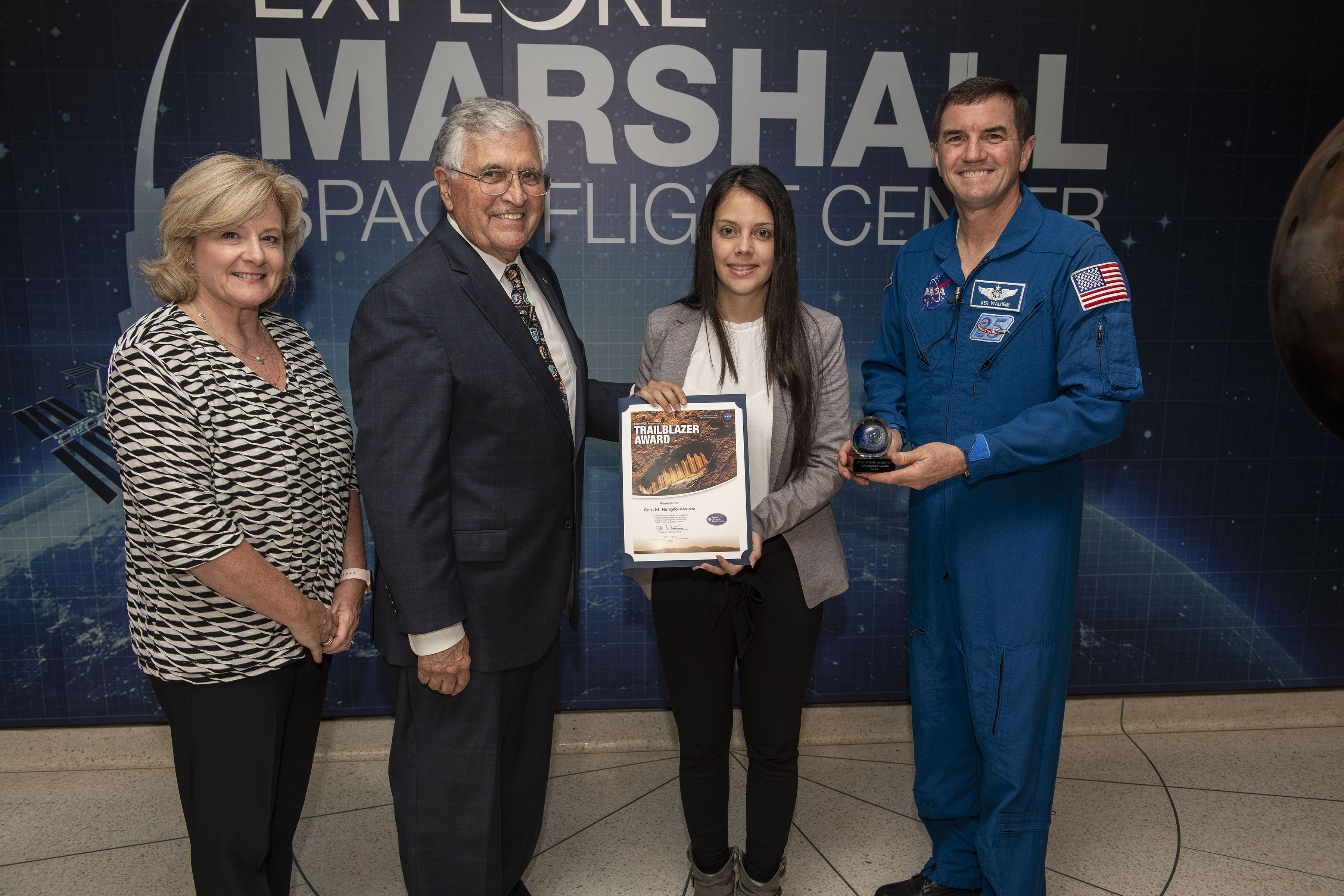 Entering the workforce, as one navigates the vast knowledge acquired throughout four rigorous years of undergraduate studies and begins to apply it in the real world, many may experience “imposter syndrome”—a pervasive feeling of self-doubt. Imposter syndrome can plague even the most experienced professional with feelings of self-doubt – even a NASA engineer.

Sara Rengifo was born and raised in her hometown of Medellin Colombia where she received most of her schooling. She obtained her degree in mechanical engineering from the Universidad Escuela de Administración y Finanzas y Tecnologías in Medillin where she excelled inside and outside of the classroom. Following her time at the undergraduate level, Sara left her beloved town of Medellin to venture thousands of miles away from home in pursuit of furthering her education. In 2013, unsure of what lie ahead, she began her graduate studies at FIU as part of her Masters Degree in Materials Science. In addition to serving as an instructor for Materials Science and Engineering (EGN3365) and Technology, Humans and Society (EGS 1041), she took advantage of the various research opportunities offered within the MME department to delve deeper into her passion for materials science. With the mentorship of Dr. Arvind Agarwal and Dr. Benjamin Boesl, Sara published three papers in highly revered journals for her outstanding research and contribution to the field. As Sara neared the end of her master’s program, she knew it was time to start looking for positions in the industry where she could apply the skills she gained throughout the years.
Sara decided to apply online for a position at NASA through USA Jobs not knowing where it would lead. To her surprise, within a couple of days she received a call for an interview. After preparing extensively for the long-awaited interview, Sara was given the news that would change her life forever. She was offered a full-time position at the NASA Marshall Space Flight Center where she works as a Tribology and Metrology Engineer.
However, as she reflects back on her time in the work force, Sara recalls moments where her imposter syndrome began to creep in. She worried her English would be a determining factor in her success and questioned whether she was the right person for the job. “My greatest fear about this job was my English. I was afraid I was not going to understand the technical part of the discussions” says Rengifo. However, she did not allow this to stop her from reaching where she wanted to be. “Working hard helped me a lot to overcome my fear. Every day at home, I dedicated some time to read about the new parts, I was learning about or working on. Liltte by little, after many hours of reading and asking questions, I became more proficient and learned vocabulary that is more technical” she says.

Sara also credits the support she received from her coworkers for her success on the job, despite her initial feelings. “Being at NASA, I was expecting to work with very smart people that would not be willing to share their knowledge” Sara says. She was very wrong. She was surprised to be working alongside talented engineers who were eager to hear her opinions and happy to discuss her thoughts about any issues during meetings. Sara began to fall deeply in love with her job and the way learning takes place at NASA.

As she began to feel more confident in herself and her capabilities, others began to take notice as well. Sara was awarded the prestigious 2019 NASA Trailblazer Award. The Trailblazer award is presented NASA employees in any field (technical, professional, etc.) supporting human space flight during the first seven years of their career. Sara was selected for this award based on her ability to identify new, creative solutions to space flight as well as her collaborative effort to achieve a goal in support of NASA’s mission. As a result of this recognition, she will receive a certificate signed by the Human Exploration and Operations Mission Directorate as well as the opportunity to “shadow” and have lunch with an executive NASA Contractor.

We wish Sara the best of luck in her future endeavors and can’t wait to see what else is in store for her!