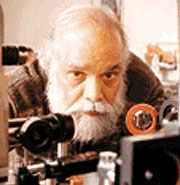 Author of 230 papers and 5 books in the field of Earth and Planetary Science, High-pressure Physics and Materials Science.

Editor of several volumes of Advances in Physical Geochemistry and other books.

Member of the Royal Swedish Academy of Sciences, 1994. (The academy is the home of several committees which award many prestigious prizes, including the Nobel prize)